Bundaberg Mayor's budget wishlist - Bundaberg council is hoping for funding to restore Paradise Dam's capacity and for building a flood levee when tomorrow's Federal Budget is handed d ...
Workshop to help Bundy farmers' mental health - There is no doubt Bundaberg farmers have been seriously struggling in the coronavirus downturn. The impacts of drought and labour shortages have be ...
Pfizer vaccine coming for 40-49s in NSW - Around a million people in NSW aged between 40 and 49 could get a Pfizer COVID-19 jab at the new purpose-built vaccination hub at Sydney Olympic Park ...
Tourism sector pleads for border certainty - Australia's tourism sector is urging the government to set a time frame for the nation's reopening as question marks remain over when international tr ...
Two injured in Bundaberg crash - Two people have been injured after a two-car crash involving a pedestrian in Bundaberg. It happened at Coral Cove on Bisdee Street and Barolin E ...
Closure of drug trafficking operation, Bundaberg - Bundaberg detectives recently closed a drug trafficking operation, originating in the Bundaberg area and extending to south-east Queensland, involvi ...
At least 68 killed in Afghan school blast - The death toll from an explosion outside a school in Afghanistan's capital Kabul has risen to 68, with doctors struggling to provide medical care to 1 ...
Huge aged care package to come in budget - The Morrison government continues to roll out pre-budget funding announcements, but the details of what could be Treasurer Josh Frydenberg's centrepie ...
Federal Budget 2021 - what is known so far - FEDERAL BUDGET - WHAT'S KNOWN SO FAR:THE BIG PICTURE* Scott Morrison and Josh Frydenberg say it will be a "jobs budget" with the aim of boos ...
Most Sydney virus restrictions extended - Most current coronavirus-related restrictions across Greater Sydney will be extended for another week despite no new local cases of the virus. 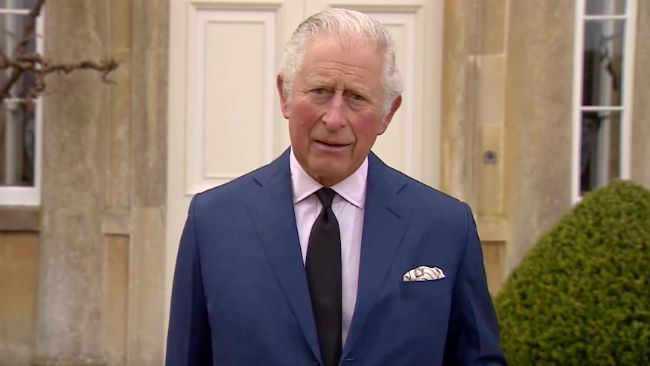 Prince Charles has paid a personal tribute to his "dear papa" Prince Philip, saying the royal family missed him enormously and that the 99-year-old would have been amazed at the touching reaction across the world to his death.

Philip, the husband of Britain's Queen Elizabeth who had been at her side throughout her record-breaking 69-year reign, died at Windsor Castle on Friday.

"As you can imagine, my family and I miss my father enormously," Charles said outside his home in west England.

"My dear papa was a very special person who I think above all else would have been amazed by the reaction and the touching things that have been said about him.

"And from that point of view we are, my family, deeply grateful for all that. It will sustain us in this particular loss and at this particularly sad time."

Buckingham Palace announced that the funeral for Philip would be held on April 17, and that the queen's grandson Prince Harry would attend.

However Harry's wife Meghan, who is pregnant with their second child, will not attend on doctor's advice, the palace said.

"The Duke of Sussex is planning to attend," the palace spokesman said.

"The Duchess of Sussex has been advised by her physician not to travel."

It comes weeks after Harry and Meghan's explosive interview with Oprah Winfrey, which plunged the royal family into its greatest crisis in decades.

During the interview, Meghan said her pleas for help while she felt suicidal were ignored and that one unnamed member of the family had asked how dark their unborn child's skin might be.

Philip, who was officially known as the Duke of Edinburgh, will be given a ceremonial royal funeral, not a state funeral, as planned before the pandemic.

But there will be no public processions, and it will be held entirely within the grounds of Windsor Castle and limited to 30 mourners.

British Prime Minister Boris Johnson will not be among the guests in order to make space for as many family members as possible, his office said.

The funeral, which will be broadcast on live television, will be held at the castle's St George's Chapel and will be preceded by a minute's silence across the UK.

Charles and other members of the royal family will walk behind a specially-modified Land Rover, which Philip helped design. At the conclusion of the service, Philip will be interred in the Royal Vault.

Buckingham Palace stressed the service would be held in line with government coronavirus guidelines, meaning members of the royal family, including the queen, would be expected to wear a mask.

Tributes have flooded in from across Britain and from world leaders for Philip, who was a pillar of strength for the queen. At 94, she is the world's oldest and longest-reigning living monarch.

Philip was a decorated sailor who fought in World War Two and the armed forces marked his death with artillery salutes with units in London, Edinburgh, Cardiff, Belfast and Gibraltar, and some navy warships, firing their guns.

The royal family asked the public to avoid visits to its residences, but people still laid cards and bouquets outside Windsor Castle and Buckingham Palace.

"It's not something I've ever done before," said Joanna Reesby, 60, who came to pay her respects at Buckingham Palace.

"I brought yellow roses for friendship because I think that's what he exhibited to everyone who came into his world."

The queen has lost her closest confidante. They had been married for 73 years and Philip would have turned 100 in June. Members of the family visited the grieving monarch at Windsor Castle.

"The queen has been amazing," said a tearful Sophie, the Countess of Wessex, as she left with her husband Prince Edward, the youngest son of Elizabeth and Philip.

On its official Twitter feed, the royal family put up a tribute paid by the queen to her husband on their 50th wedding anniversary in 1997.

"He has, quite simply, been my strength and stay all these years, and I, and his whole family, and this and many other countries, owe him a debt greater than he would ever claim, or we shall ever know," she said.