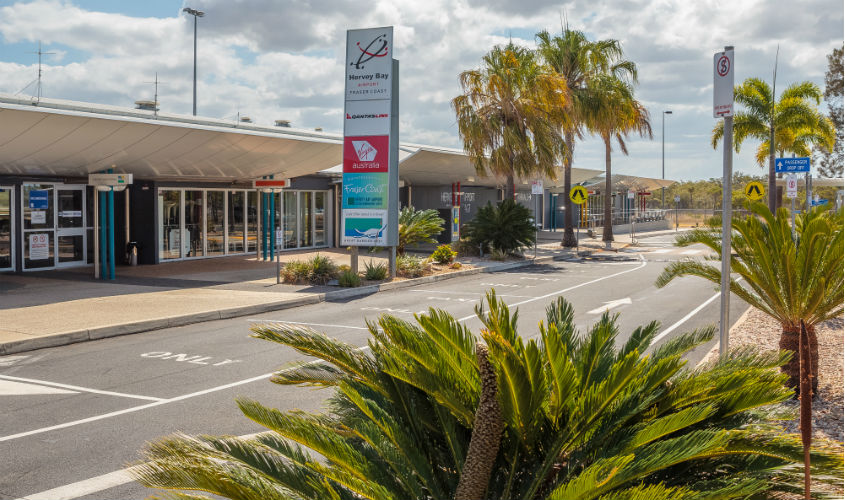 The number of people travelling to and from the Hervey Bay Airport is on the rise with an extra 5,317 passenger movements in the last six months of 2019 compared to the same time the previous year.

Deputy Mayor Darren Everard said it was fantastic to see the number of passengers travelling to and from Hervey Bay Airport to Brisbane, Sydney and Lady Elliott Island was continuing to rise year-on-year.

“The increase comes on the back of a Fraser Coast Tourism &amp; Events marketing strategy aimed at demonstrating our region’s accessibility to south-east Queensland and Sydney,” he said.

“As FCTE notes, there are not many places in Australia where you can step off a plane after a 90 minute flight from Sydney to a reef, wilderness or whales experience at your doorstep.

“Council is keen to ensure the Fraser Coast has a strong, resilient and diversified economy, and having a well-used airport and a bustling tourism industry are vital to achieve that goal.”

“The last major upgrade of the Hervey Bay Airport was almost 15 years ago when the runway was lengthened to allow for the introduction of jet services, so it’s in need of a facelift,” he said.

Cr Truscott said Council was currently evaluating tenders for the runway renewal project, with the contract expected to be awarded within weeks and work expected to start by March.

The runway renewal project is being supported by a $9.19 million grant through the Australian Government’s Building Better Regions Fund.

More details about the project is available at https://frasercoast.engagementhub.com.au/fraser-coast-airport-renewal-project-20192020