NY state surpasses 1000 coronavirus deaths - New York state's death toll from the coronavirus outbreak climbed Sunday above 1,000, less than a month after the first known infection in the state.
First coronavirus death in Tasmania - An elderly woman has become the first person to die from coronavirus in Tasmania, as the state introduces tough policing of social gathering restricti ...
Hand sanitiser production guidelines eased - Wineries and boutique distilleries are switching to hand sanitiser production as the federal government tries to shore up supplies during the coronavi ...
Banks move to support landlords, tenants - Australian banks will extend the six-month deferral of loans to 30,000 more businesses to help them cope with the COVID-19 pandemic.
Winner of Gold Coast seat anyone's guess - Who will claim themselves a seat in Queensland Parliament is anyone's guess with just over 1000 votes the difference between two candidates vying for ...
Qld to issue fines for virus rule breaches - It's hoped that restricting public gatherings to just two people will slow the increase of new coronavirus cases in Queensland.
Virus cuts public gatherings to two people - No more than two people will be allowed to meet in public or private and older Australians are being urged to stay at home to slow the spread of coron ...
Eels slash costs during NRL virus shutdown - Parramatta have stood down the majority of their club staff and slashed payroll costs by 75 per cent in response to the NRL season's indefinite suspen ...
Australian companies to get wage subsidies - Businesses will be given wage subsidies to help keep employees on during the coronavirus pandemic.
Woolies offers 'basics box' for vulnerable - Woolworths is stepping up efforts to get food to elderly and other vulnerable people who are stuck at home as coronavirus spreads.

The 76-yar-old was last seen on Friday, February 14 at around 4.45PM on Morning Street.

Police, including officers in vehicles, on trail bikes and on foot, along with SES personnel, officers from the Hervey Bay Water Police and the Brisbane Dive Squad, along with aerial support from the rescue helicopter, have conducted extensive searches. 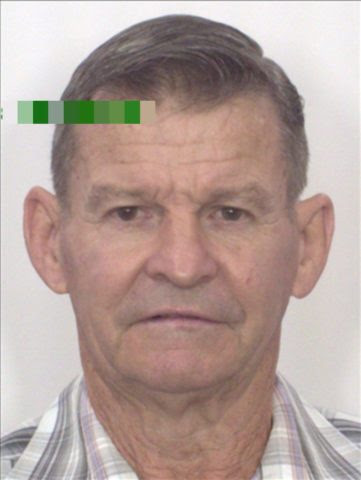 Areas searched include sections of the Mary River and her banks, George Furber Park, local bushland and streets in the vicinity of where Mr Walker was last seen.

Today’s search has been scaled back and police continue to liaise closely with Mr Walker’s family.

Police continue to appeal for public assistance and are urging anyone with any information in relation to Mr Walker’s current whereabouts to contact them.