Power restored to most as Cyclone Niran intensifies - Category 2 Cyclone Niran hasn't shifted too much overnight. The slow moving system is currently sitting 350 kilometres northeast of Cairns and ...
Vic emergency powers extended to December - Victoria's state of emergency will be extended for another nine months after the government secured the support of three crossbench MPs.
Bundy farmers launch class action over Paradise Dam - Bundaberg farmers will take their concerns regarding the future of Paradise Dam to court in the next coming weeks. Since 2019 they have raised $1 m ...
House prices continue to rise in Wide Bay despite the COVID pandemic - As house prices across the nation record their biggest monthly jump in almost two decades, it is good news if you're selling a property in the Wide ...
Wide Bay beach ranked in Qld's top 10 - A Hervey Bay beach has been named in Queensland's top ten beaches this summer. Torquay Beach has come in at sixth place, with The Strand in Townsvi ...
Farm production tipped to hit $66 billion - Australia's farm production has been forecast to soar to a record high on the back of a remarkable turnaround from a crippling drought.
Puuurfect role for anyone who loves pets and road trips - The puuurfect volunteering opportunity for animal lovers, who also love hitting the open road! RSPCA Queensland is calling for drivers to help tran ...
Tropical Cylone Niran has developed - Tropical cyclone Niran has developed off the Far North Queensland coast. The Category One system is packing wind gusts of up to 120 kilometres ...
Blood donors urgently needed: Red Cross - The nation's stocks of blood and plasma are critically low as hospitals tackle a pandemic-driven backlog and a decline in donors.
Harry says split from royal life 'tough' - Prince Harry says the process of separating from royal life has been very difficult for him and his wife, Meghan. 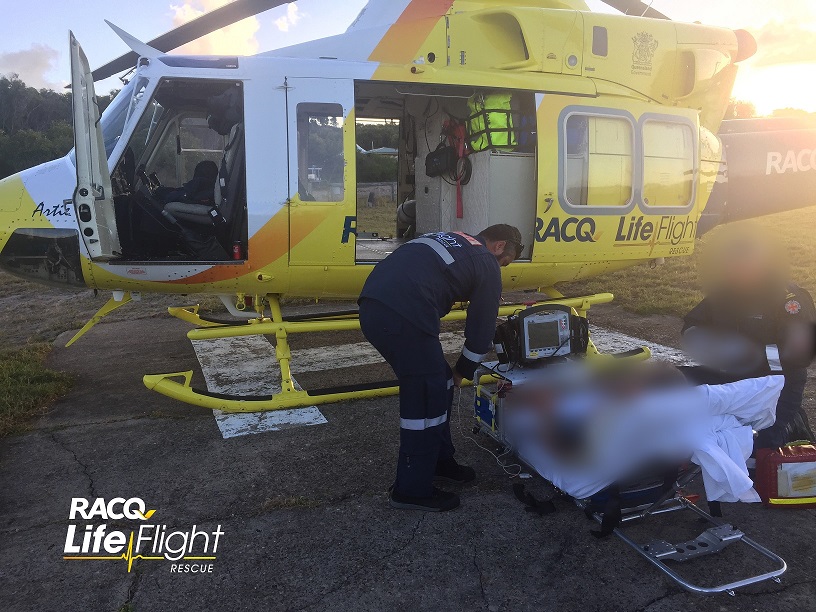 Bundaberg's rescue chopper has had a busy year responding to an influx of calls for help at car crashes.

Crashes were at the top of the list for callouts last year.

“On average, that is three motor vehicle incidents a month which are so serious, they require an aeromedical response," Mr Guthrie says.

It's a timely reminder to stay safe on the roads, with Queensland recording 57 more road deaths last year than in 2019, according to the Bureau of Infrastructure and Transport Research Economics (BITRE).

Mr Guthrie says it should be everyone's new years resolution to make a conscious effort to be safe when driving a motor vehicle in order to bring this statistic down.

“RACQ LifeFlight Rescue crews do an amazing job, but we don’t want drivers meeting them because they’ve had a crash.

“In 2021 we’re urging drivers to make a commitment to avoiding the Fatal Five every time they get behind the wheel - that means not speeding, driving tired or under the influence of drugs or alcohol, putting away distractions like mobile phones and wearing a seatbelt," he says.