Caddick ocean search near Sydney dropped - The search for missing Sydney conwoman Melissa Caddick's remains in waters around her Dover Heights neighbourhood has been called off.
California Disneyland allowed to reopen - California health officials have given Walt Disney Co's Disneyland and other theme parks the go-ahead to reopen at limited capacity from April 1 after ...
Italy passes 3 million coronavirus cases - Italy has surpassed three million confirmed coronavirus cases, with Friday marking the third straight day this week that daily new caseloads exceeded ...
One in 10 fear sexual assault at work - Almost one in 10 Australians have felt at risk of sexual assault in the workplace, a new poll has found.
Huge quakes hit off NZ, tsunami fear over - A powerful series of undersea earthquakes have struck northeast of New Zealand, but tsunami waves that forced many people on the country's North Islan ...
Higher arrival limit flagged for Aussies - More stranded Australians will soon be able to return each fortnight with a quarantine facility in the Top End given the all clear to increase its cap ...
Defence minister sorry for lying cow barb - Embattled Defence Minister Linda Reynolds has apologised for calling an alleged rape victim a "lying cow" after the threat of legal action.
Shipping company fined for polluting Great Barrier Reef - A foreign shipping company and the chief officer of one of its vessels has been fined thousands of dollars for dumping garbage into the Great Barri ...
Covid ‘superspreader’ might have infected others in Qld hotel quarantine - Health officials are scrambling to find eight people who stayed on the same floor as a person with a highly infectious strain of coronavirus in a Br ...
Help tidy our town this Clean Up Australia Day - We're being encouraged to grab a pair of gloves, pop on a hat, and head down to a local Clean Up Australia Day event this Sunday. Seventeen clean-u ... 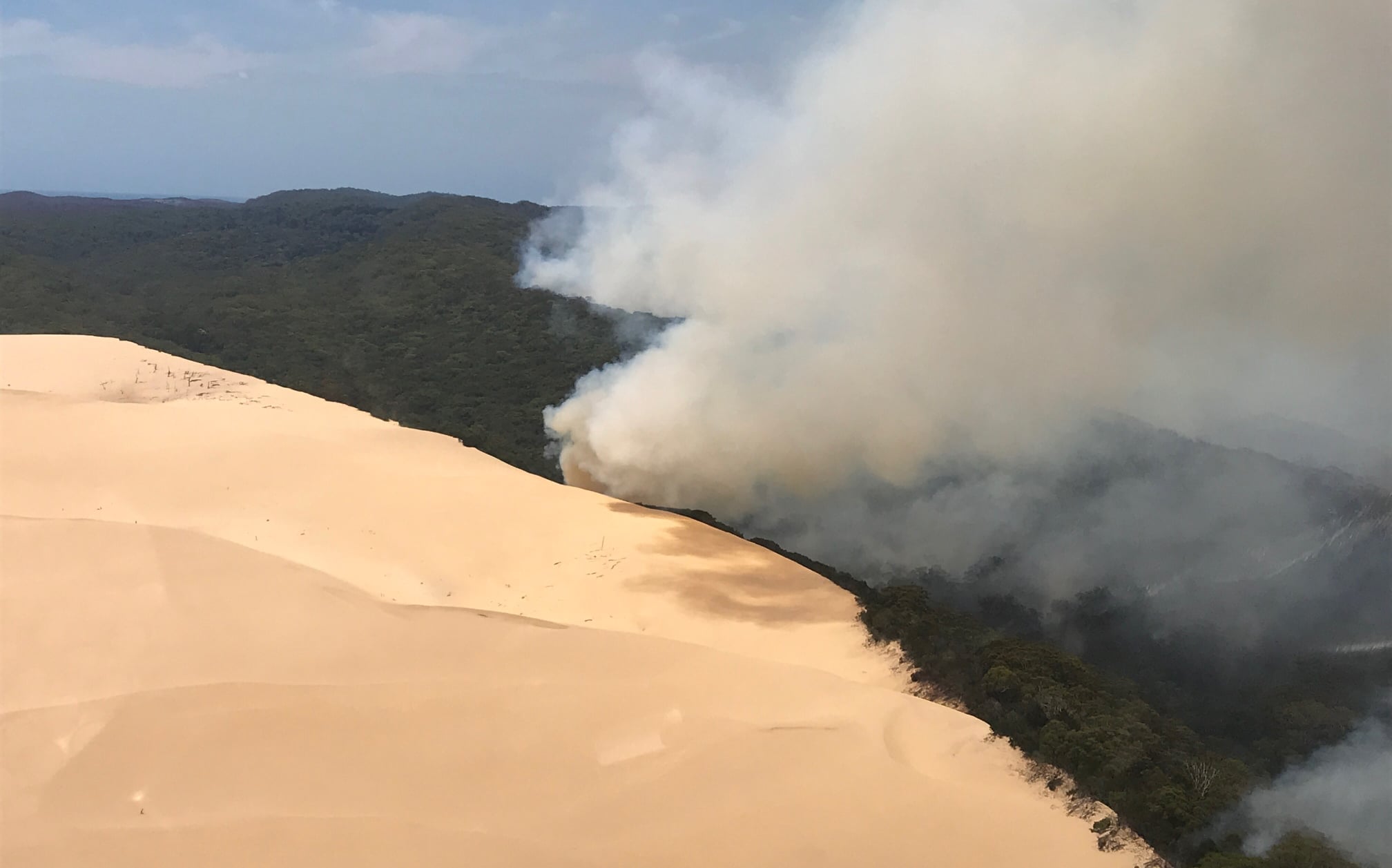 Accommodation providers are worried a misperception that all of Fraser Island has been gutted by fire is turning tourists away.

The blaze scorched around 87,000 hectares of World Heritage-listed site after it burned for more than two months at the end of last year.

Fire devastation compounded by interstate travel restrictions meant bookings were down during the Christmas period.

But Kingfisher Bay Resort manager David Hay wants people to know the iconic sites - such as the SS Maheno shipwreck, Lake McKenzie and Eli Creek - are still pristine and haven't been torched by fire as some might think.

"I think certainly the perception of the damage that was done to large parts of the island is a hard thing to counteract ... the main places that people go, you really see absolutely no evidence of the fire at all."

He is thanking the many Queenslanders who still made the trip over Christmas, which has helped island businesses bounce back from what was a difficult year.

"We're all very happy after two closures last year - one for COVID and one for a fire - to be back in business and welcoming guests," Mr Hay says.

The resort is hoping for an influx of bookings over the Easter period, but it not only wants visitors, but also needs new staff.

The loss of vegetation is devastating but the island is rebuilding, he adds.

"The damage to the pristine wilderness, from areas half of Fraser Island, is really hard to measure.

"It is insurmountable, [but] it will certainly recover and fire is a natural part of the Australian bush environment."

If you're looking for work, head to www.kingfisherbay.com for more the information.