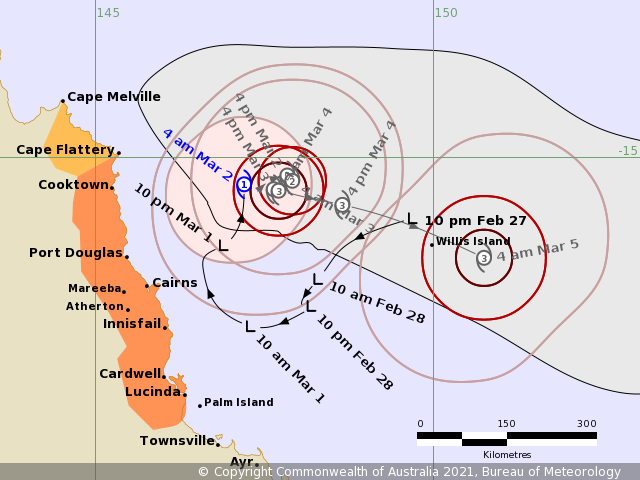 Tropical cyclone Niran has developed off the Far North Queensland coast.
The Category One system is packing wind gusts of up to 120 kilometres per hour and is currently about 235 kilometres northeast of Cairns.
TC Niran continues to move in a north-easterly direction and it's expected to further intensify over the next 48 hours.
Bureau of Meteorology forecaster Rickus Lombard says the next few days will be the ones to watch, with the cyclone not moving too far at this stage.
Power outages
37,000 homes are still without power across the region, however that is down from 43,000 overnight.
Ergon Energy crews are out in force this morning to restore power, with a lot of damage coming from fallen trees bringing down powerlines.
Senior corporate communications advisor Emma Oliveri says they can't give an exact restoration time frame.
"At this stage it is a watch and wait and we will update our outage finder with restoration times when we know them," Ms Oliveri says.
Heavy Rainfall
Heavy rainfall has hammered most parts of the area with 211 millimetres falling at Cowley Defence Base and 266mm recorded at Clump Point.
Mr Lombard says most of the rainfall today will fall mostly over the sea, with the system remaining off the coast, however some isolated areas along the North Tropical coast could see totals in the hundreds.

Abnormally high tides and large waves may also cause minor flooding near the foreshore.