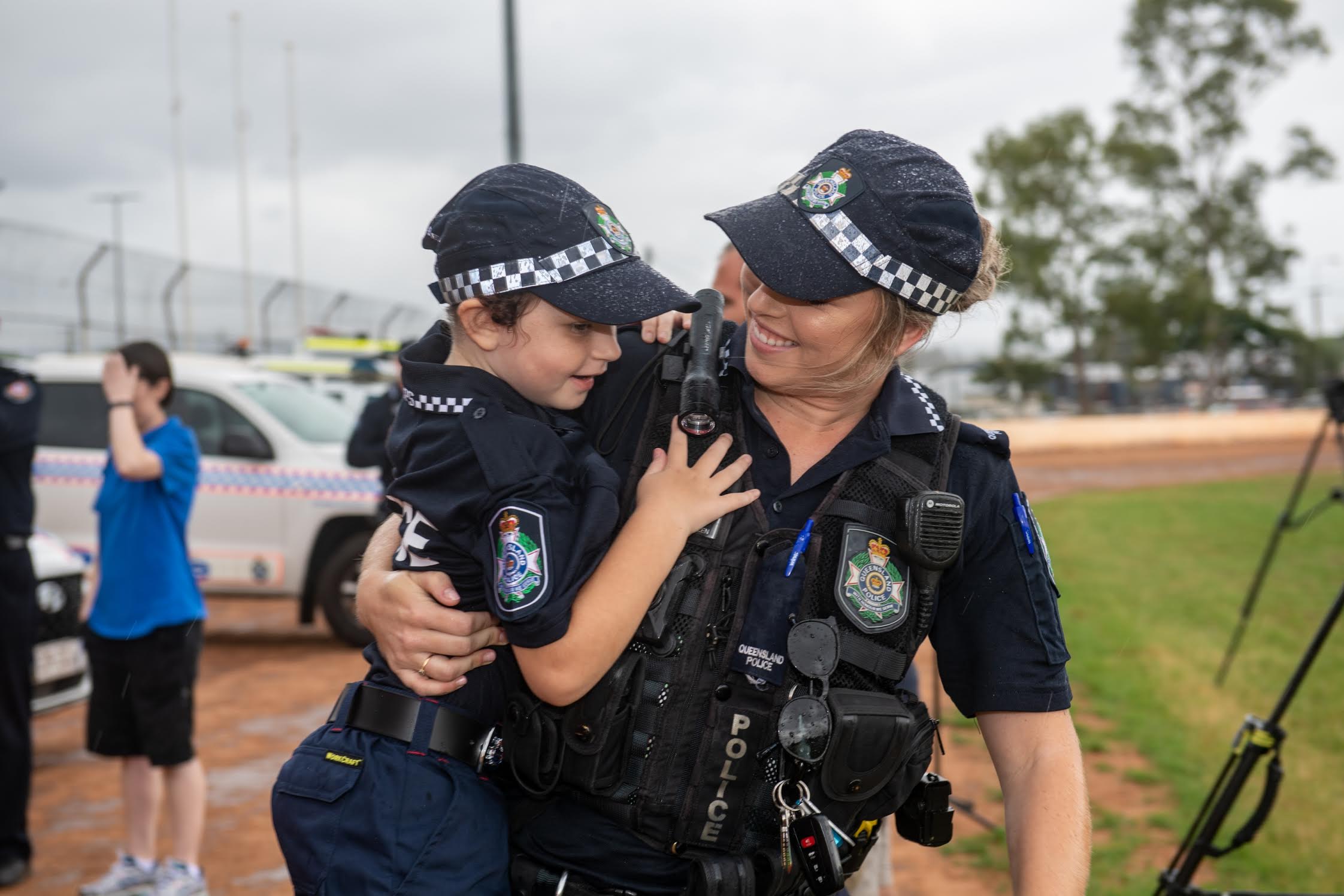 Flying in a police helicopter and arresting someone might seem scary to other seven-year-olds, but for Savannah Burns it is a dream come true.

Tragically, the Ipswich girl is putting up the biggest fight of all as she battles terminal in cancer.

To celebrate her birthday, Gatton police yesterday recruited her as their youngest officer as part of the Make A Wish Foundation.

Wanting to make the day as exciting as possible, Savannah put on her QPS uniform, before clocking in for her first ever shift.

Experiencing what life is like on the beat, she rode a horse, went under lights and sirens in a patrol car, conducted an RBT and made an arrest at the station as part of her day out with police.

Then it was onto the Gatton Showgrounds, where police, paramedics, firefighters and the SES all turned out to put on an action-packed spectacular.

Her mother, Johanne Burns, says the day was "epic" for the whole family.

Senior Sergeant Dan Curtin from Gatton Police says the highlight was being able to chopper Savannah in the PolAir helicopter.

“Savannah was able to hop into the PolAir helicopter, speak to the pilot.”

Senior Sergeant Curtin says it has been a privilege to be part of the day.

“A terrible thing to have to deal with for herself and her family.”