De Belin jury hung for second time - Jack de Belin faces the prospect of a third trial over rape allegations after a Sydney jury returned hung verdicts to most charges.
Bundaberg Mayor's budget wishlist - Bundaberg council is hoping for funding to restore Paradise Dam's capacity and for building a flood levee when tomorrow's Federal Budget is handed d ...
Workshop to help Bundy farmers' mental health - There is no doubt Bundaberg farmers have been seriously struggling in the coronavirus downturn. The impacts of drought and labour shortages have be ...
Pfizer vaccine coming for 40-49s in NSW - Around a million people in NSW aged between 40 and 49 could get a Pfizer COVID-19 jab at the new purpose-built vaccination hub at Sydney Olympic Park ...
Tourism sector pleads for border certainty - Australia's tourism sector is urging the government to set a time frame for the nation's reopening as question marks remain over when international tr ...
Two injured in Bundaberg crash - Two people have been injured after a two-car crash involving a pedestrian in Bundaberg. It happened at Coral Cove on Bisdee Street and Barolin E ...
Closure of drug trafficking operation, Bundaberg - Bundaberg detectives recently closed a drug trafficking operation, originating in the Bundaberg area and extending to south-east Queensland, involvi ...
At least 68 killed in Afghan school blast - The death toll from an explosion outside a school in Afghanistan's capital Kabul has risen to 68, with doctors struggling to provide medical care to 1 ...
Huge aged care package to come in budget - The Morrison government continues to roll out pre-budget funding announcements, but the details of what could be Treasurer Josh Frydenberg's centrepie ...
Federal Budget 2021 - what is known so far - FEDERAL BUDGET - WHAT'S KNOWN SO FAR:THE BIG PICTURE* Scott Morrison and Josh Frydenberg say it will be a "jobs budget" with the aim of boos ... 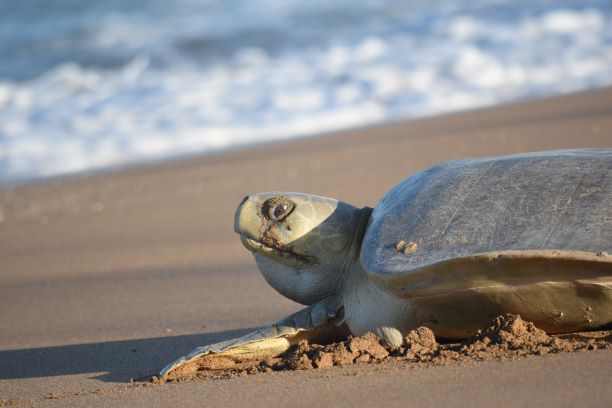 A species of turtle only found on the Great Barrier Reef is getting extra protection with environmentalists restoring a small island off Mackay to be used as a nesting refuge.

About 100 kilometres south of Mackay, Avoid Island is a vital nesting site and habitat for flatback turtles, and will now be included in the Great Barrier Reef Foundation's 'Refuges of the Reef'.

The initiative has already seen restoration done at two sites in the Whitsundays and Bundaberg's Lady Elliot Island.

According to the foundation, Lady Elliot Island has already seen a 125 per cent increase in turtle numbers on the main nesting beach since the program began in 2018.

Federal Minister for the Environment Sussan Ley says the success of the two initial projects has proved restoration and protection of ecosystems and threatened species is possible.

Both the Federal and Queensland Government are contributing a collective $8 million for the next phase.

Avoid Island will also become a "hub of education" with future opportunities for visitors to help in protecting its ecosystems, birds, and marine life.

“With the support of the Foundation, we will walk together to transition one of Queensland's only island Nature Refuges into a financially and environmentally sustainable hub of education, citizen science and climate adaptation,” Ms Rossini says.