Aussies feared missing after US collapse - A Miami resident says an elderly Australian couple he knows has not been heard from since the collapse of a residential tower in Florida.
Queenslanders told ‘not to travel to’ New South Wales - Queensland has recorded two new COVID-19 community cases linked to the flight attendant who visited the Brisbane Portuguese Family Centre. The new ...
Push for more Bundy pets to get the snip - Five Bundaberg veterinary clinics are among more than 100 across the State offering 20 per cent discounts on desexing. It is part of the RSPCAs Ope ...
Barilaro isolating after parliament scare - The NSW deputy premier is among hundreds isolating after another government minister tested positive to the coronavirus, prompting state parliament to ...
Martial arts expert guilty of 2014 murder - A martial arts expert has been found guilty of murdering his new girlfriend whose remains were found in bushland almost two years after she went missi ...
COVID-19: Three new community cases - Queensland has recorded three new Covid-19 community cases all linked to the woman from Portugal. One is a 62-year-old man who is the manager of th ...
Weekend Covid-19 vaccination clinic returns - A coronavirus vaccine clinic in set to return to Bundaberg this weekend! This is the second round of weekend clinics in the Wide Bay, which prov ...
Farmers facing pressure over predicted water allocations - Bundaberg farmers are increasingly worried there will not be enough water in the region to work their farms in the new financial year. Local ...
Software mogul John McAfee dies in prison - US technology entrepreneur John McAfee has hanged himself in his prison cell after the Spanish high court authorised his extradition to the United Sta ...
New parole laws could keep Childers backpacker murderer behind bars - It has been 21 years, but for many locals it is hard to forget the harrowing night the Childers Palace Backpackers Hostel went up in flames. While ... 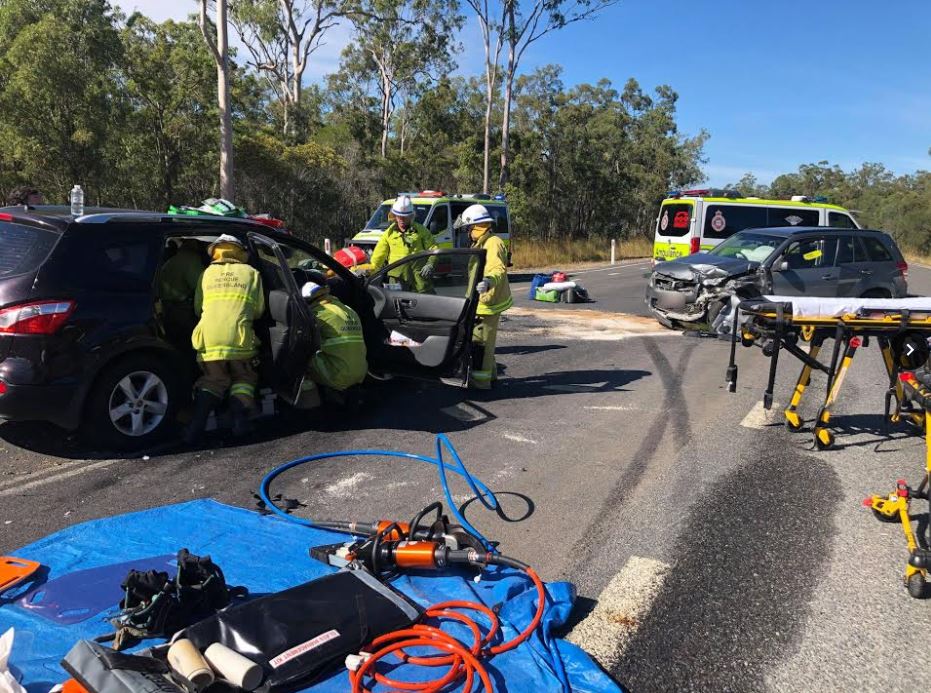 A woman has been rescued from a car following after a head-on collision north of Bundaberg.

Emergency crews were called to the two-car crash on Palm Grove Road near Captain Creek at 8:35am yesterday.

A spokesperson for RACQ CapRescue says the Rescue300 crew were called to the scene just before 9am.

"The 70 year old driver of the SUV remained in the vehicle until the arrival of the onboard Critical Care Paramedic and Doctor," the spokersperson says.

"They were then treated and extracted from the car, stabilised for the flight and loaded into the aircraft.

"The patient was airlifted to Bundaberg Hospital where they will undergo scans and treatment for a suspected lower limb fracture, pelvic and spinal injuries."

Thee driver of the second vehicle, a woman in her 30s, injured her chest in the incident.

She was driven to Gladstone Hospital in a stable condition for precaution.