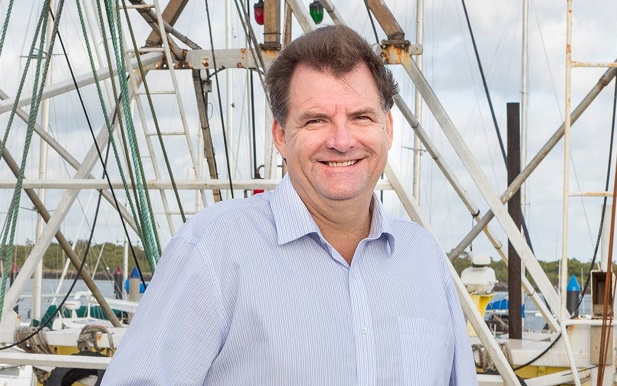 Two local MPs are in a slanging match over Bundaberg’s new hospital, just days out from the State Budget being handed down.

LNP Burnett MP Stephen Bennett is accusing ALP Bundaberg MP Tom Smith of “lying to the community” by backflipping on his state election promise to deliver a ‘Level 5’ hospital.

But Mr Smith vehemently denies this, saying there is no change to the government’s commitment.

It comes after the Health Minister Yvette D’Ath responded to a question on notice from Mr Bennett, explaining the reason the Bundaberg Hospital Redevelopment project was no longer being called a Level 5 hospital.

In her response, she said the term Level 5 hospital was a “shorthand way” of explaining the proposed hospital would “work towards providing predominantly Level 5 services”.

She also said the move away from technical medical terms, such as the Level 5, is to provide clearer explanations in plain English, so the community can better understand what is being delivered.

But Mr Bennett is accusing the State Government of a cover-up, saying that is not what was promised.

"We're not getting a Level 5 hospital and the Minister has been quite clear on that.

"Now we're going to be talking about services, which is even more confusing to the people who just want to know that they're going to have world-class facilities available to them.

"For the Minister to say the government won’t be referring to the hospital as a Level 5 because they want to provide clearer explanations in plain English, and that people are confusing the reference to mean the proposed hospital would be a five-story building is damn right offensive."

But both Ms D’Ath and Mr Smith are assuring the public they will follow through with the election commitment.

"I know that there's some confusion as to whether we call them Level 5 services or a Level 5 hospital, but I can guarantee that we will have a world-class hospital delivering the Level 5 services that we need in our region.”

In a statement, Ms D’Ath says planning for the new hospital is underway.

"The LNP is wrong and they should stop trying to mislead the Bundaberg community.” Mr Bennett is also accusing Mr Smith of being 'deceitful' for removing social media posts about his promise to build a 'Level 5 Hospital' if he was to be elected.

Mr Smith explains the post was removed simply because of the misuse in terminology.

"In a discussion with an administrator that had previous access to the account, that post was made, it should have said level five services instead of level five hospital ... wanting to keep in line with the correct terminology we just took that post down," he says.