Rising from the ashes: One year on from the Spotted Dog fire 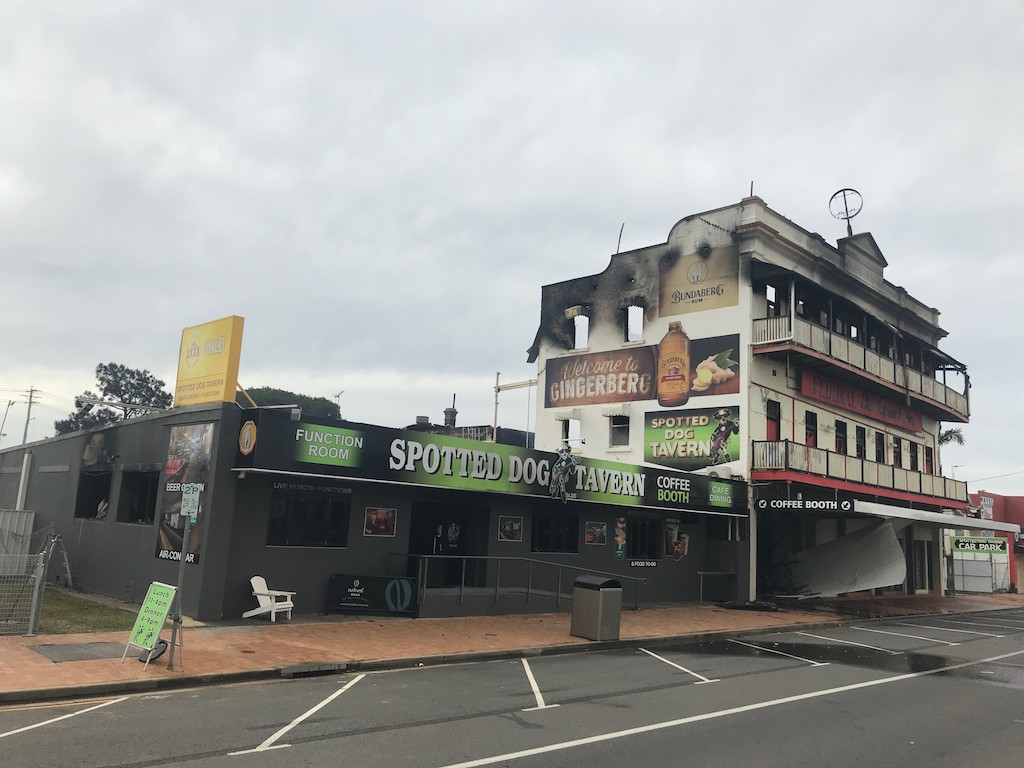 The last thing Stephen Paterson expected was to watch his beloved Bundaberg pub burn to the ground.

It's been one year since the Spotted Dog Tavern caught alight on July 20, when fire ripped through the pub and spread to the Federal Backpackers Hostel next door.

Mr Paterson, who goes by Pato, was in Brisbane when he got the call at around 11pm.

When he arrived at the Bourbong Street pub by 3am, all that was left of his passion and livelihood was a burnt out shell.

Initial investigations suggest the blaze started in the kitchen, but the exact cause is still unknown.

Miraculously, no one was injured.

Bundaberg station officer Trevor Duncan, who was on the frontline that night, says it could have been a completely different story, if not for strict law changes to hostels after the Childers backpacker fire in 2000, when 15 tourists died.

He has hailed the hostel's managers as heroes, saying the only reason no one was hurt was because they had effective fire safety processes in place.

"That only comes from doing regular drills and familiarisations of the building, it would have been a tough one to do being that time of the night, but it was a good outcome.

"All those buildings of that nature after that Childers backpackers fire, then went on to get those kind of alarms installed," officer Duncan says.

Rising from the ashes

Pato says the first couple of months after the inferno was a roller coaster, and he found himself not knowing what to do next.

But the Spotted Dog Tavern now has a new home; it officially reopened in Bundaberg North in March.

"In the last six months, I've turned around and purchased the railway, and it's become a good loyal pub and created the Spotted Dog Cafe Bar and Grill again," Pato says.

The Federal Backpackers Hostel - which had to be demolished - has also found a new premise in Bundaberg South. It has not yet reopened.