Severe thunderstorm warning for parts of Wide Bay and Burnett 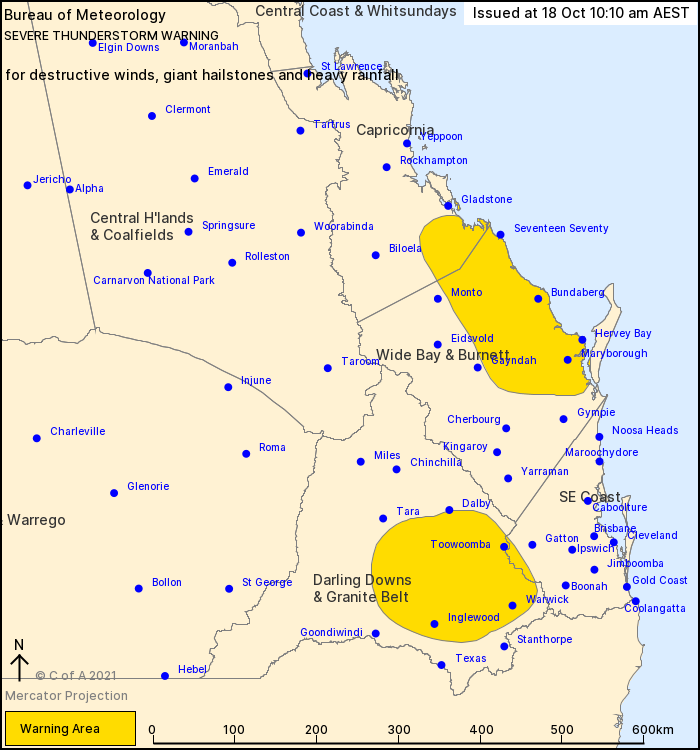 UPDATE 10:10am: The Bureau has updated its previous severe thunderstorm warning to include Bundaberg, Maryborough, Hervey Bay, Calliope, Gin Gin and Tiaro.

The storms are likely to produce destructive winds, large, possibly giant hailstones and heavy rainfall that may lead to flash flooding over the next several hours.

Locals are being reminded to secure loose outdoor items, move cars under cover or away from trees, and to never to drive, walk or ride through flooded waters. 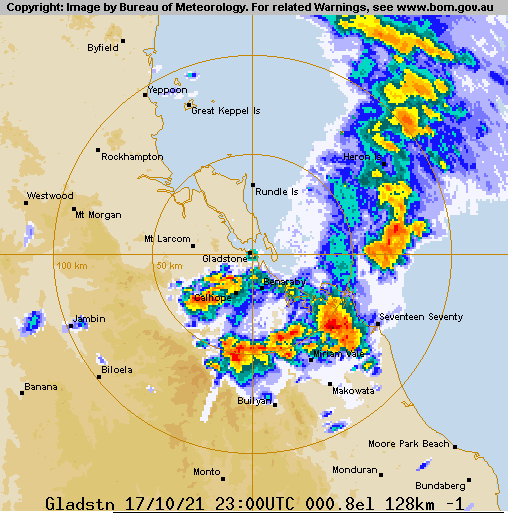 UPDATE 9:04am: Golf ball-size hail has been reported at at Mt Larcom.

The Bureau has updated its previous severe thunderstorm warning to include destructive winds, giant hailstones and heavy rainfall. 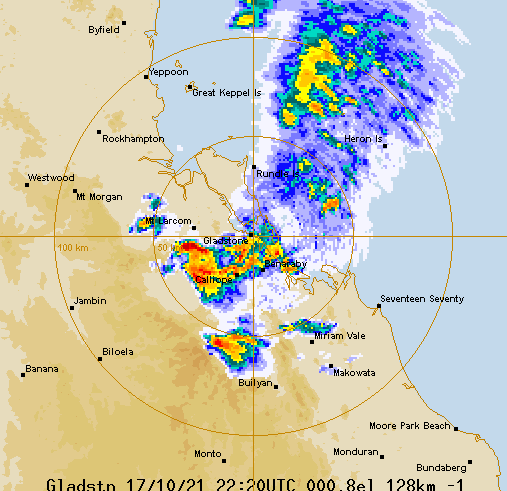 EARLIER: A severe thunderstorm warning has been issued for parts of the Wide Bay including Inglewood, Pittsworth, Calliope, Miriam Vale, Seventeen Seventy and Tara.

The Bureau of Meteorology says the storms are likely to produce damaging winds, large hailstones and heavy rainfall - which may lead to flash flooding over the next several hours. 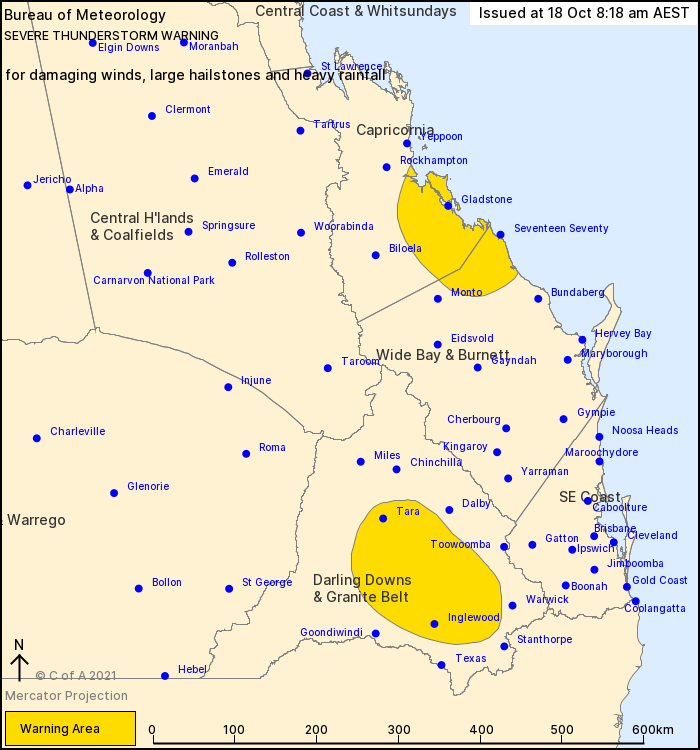 Queensland Fire and Emergency Services advises that people should:

* Move their car under cover or away from trees.
* Secure loose outdoor items.
* Never drive, walk or ride through flood waters. If it's flooded, forget it.
* Seek shelter, preferably indoors and never under trees.
* Avoid using the telephone during a thunderstorm.
* Beware of fallen trees and powerlines.
* For emergency assistance contact the SES on 132 500.

A storm - possibly severe - is likely for Bundaberg later today, as well as a very high (close to 100 per cent) chance of showers.