Govt pledges to fund aged care pay rise - The federal government has backed in a pay rise for aged care workers, outlining support for an increase in the minimum wage in the sector to the Fair ...
Man in court over triple shooting killings - A man accused of shooting three family members dead on a remote Queensland cattle property has appeared in court for the first time.
Fraser Island may be officially renamed K’gari under Qld plan - Fraser Island may follow the lead of Uluru and be officially renamed to its indigenous name K&rsquo;gari. The Queensland government has opened ...
Bundy footy fans soak up NRL action - Matt Burton bombs, a barnstorming Jason Taumalolo and the flying Foxx, Josh Addo-Carr crossing for a try, captivated footy fans at Salter Oval. The ...
Australia win T20 gold after COVID drama - COVID cast its shadow over the golden glow of yet another triumph for Australia's all-conquering women's T20 team on a dramatic end to cricket's retur ...
Diamonds win 1000th Australian Games gold - Australia's landmark 1000th Commonwealth Games gold medal simply demanded to be won by a team worthy of the honour - and the netball Diamonds have obl ...
Drought turns into Australian gold deluge - After the drought, the deluge.Australia went from bust to boom on Saturday, winning nine gold medals that featured several outstanding performances.
Sims' Dragons' time likely up after charge - Tariq Sims may have played his last game for St George Illawarra after being hit hard by the NRL's match review committee for a high tackle that floor ...
Wallabies lose Cooper but do Hooper proud - Coach Dave Rennie has hailed the courage and character of the Wallabies, who overcame a serious injury to Quade Cooper to post a rousing Rugby Champio ...
Mortgage holders 'doing it tough': survey - More than a quarter of Australian mortgage holders have seen their home loan repayments rise by more than six per cent since the start of the year. 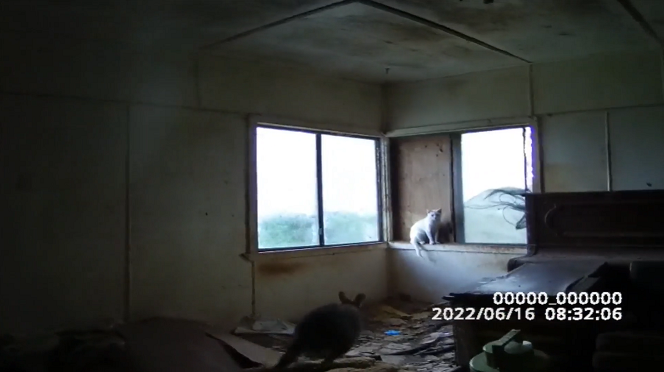 A wallaby and kangaroo have found a new home at Rockhampton Zoo after being kept illegally west of Bundaberg.
They're just two of dozens of native animals that were seized from the property in November after a tip off from the public.
Manager of Wildlife and Threatened Species Frank Mills says the Department of Environment and Science first received concerns about the welfare of native wildlife being cared for by a wildlife carer in August last year.
“Following an investigation, DES executed a warrant at a property in central Queensland in November 2021 and seized a large number of animals,” Mr Mills said.
“This included 56 kangaroos and wallabies, 9 freshwater turtles and 23 native birds, that were being held unlawfully and in conditions that did not meet required standards"
After wildlife offices assessed the property and a vet checked over the the animals, all but three of the seized animals were either released back into the wild or transferred to permitted wildlife carers for further care and rehabilitation.
“Three juvenile macropods which were not suitable for release were left at the property while the department explored long-term care options," Mr Mills says.
“Sadly, one macropod has since died, however late last week wildlife officers removed the remaining eastern grey kangaroo and red-necked wallaby which will be re-homed at a licensed zoo."
The kangaroo and wallaby ahve since been relocated to their new home at Rockhampton Zoo.