Titans enhance status as '21 team to watch - Justin Holbrook is doing well to hide his excitement at what Gold Coast will be like with David Fifita and Tino Fa'asuamaleaui.
Storm's Welch fined for NRL bubble breach - Melbourne prop Christian Welch has been fined $20,000, with half of that suspended, by the NRL for breaking the Storm's biosecurity bubble.
Vaccine for everyone in US by April: Trump - US President Donald Trump says he expects to have available enough doses of a coronavirus vaccine for everyone in the country by April.
French virus cases hit new daily record - France has reported 13,215 new confirmed cases of COVID-19 over the past 24 hours - a new daily record.
US forecasters run out of hurricane names - US forecasters have ran out of traditional names for storms, forcing them to begin using the Greek alphabet for only the second time since the 1950s, ...
Latest snapshot of the coronavirus impact - LATEST DEVELOPMENTS* Victoria recorded 45 new virus cases and five further deaths, taking the state's toll to 750 and the national toll to 837.
Virus cluster grows in southeast Melbourne - The race is on to contain a coronavirus outbreak linked to residents of five outer-Melbourne households, who breached restrictions to see each other.
Fines for no-show wedding caterer - A wedding nightmare became reality when a caterer failed to show up at a reception in Western Australia.
Job hunt rules doubled for dole recipients - Unemployed Australians will soon need to look for eight jobs each month or face cuts to their JobSeeker payments.
Man injured in motorcycle crash, North Gregory - A man has been hospitalised following a motorcycle crash south of Bundaberg. Queensland Ambulance said they were called to Turpentine and Newlands ... 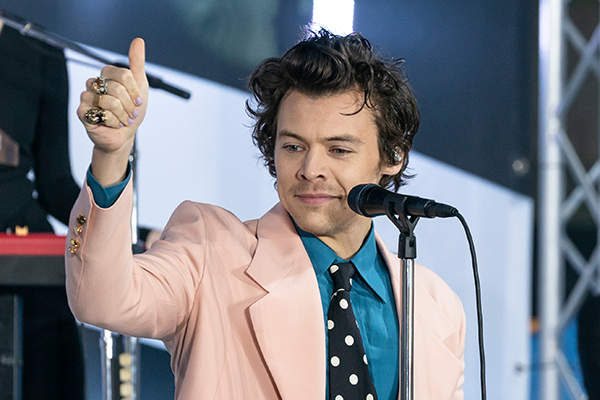 News so sweet it's just like a watermelon sugar high, whatever that means. Harry Styles is returning to the movies alongside Florence Pugh in a new film called Don't Worry, Darling.

We last saw Styles on the silver screen three years ago in Christopher Nolan's Dunkirk. The cool crooner replaces Shia LaBeouf who reportedly had to leave the project due to a scheduling conflict.

Styles and Pugh, who play husband and wife in the film, will be joined by cast members Chris Pine and Dakota Johnson. Katie Silberman wrote the screenplay and is said to also have a supporting role.

Speaking of the screenplay, what do we know about the film? Not much. Apart from the fact that the, "setting is an isolated, utopian community in the 1950s California desert," according to Deadline. But Don't Worry, Darling, with this much talent I'm sure it'll be fantastic.